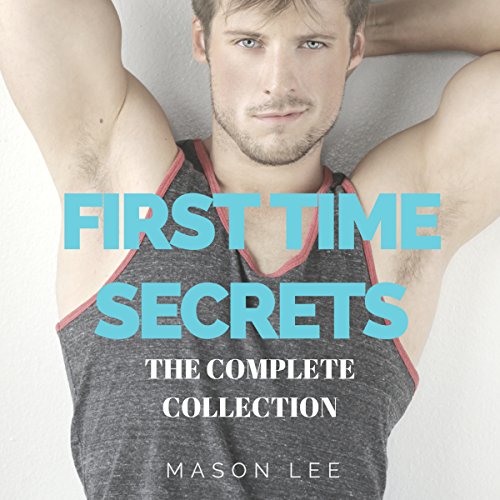 The complete collection of the First Time Secrets series!

David has always known that he was attracted to men. However, growing up in a strict, religious home, he is so closeted that now that he's started college and finally free, he's almost afraid to indulge himself in his true desires.

This boxed set includes all five volumes. Follow David and his adventures through:

Vol. 1 - Study Break: Although temptation is all around, he finds himself drawn to a handsome professor with a reputation for seducing younger men and a frightening, though exciting, dark side. When David gets too close to the flame, he turns to another young man, like himself, for comfort…and more.

Can David play with fire without getting burned…?

Vol. 2 - The Party: David finds himself torn between spending time with the sweet young man who has become his first lover and the Professor who he finds himself hopelessly drawn to. After an afternoon with his new friend, their love progresses but he still decides to go to the Professor's house that night, in spite of his misgivings.

David is not at all prepared for the world he would find. What he witnesses there is exciting, completely different, and full of raw lust. David finds that the Professor has plans for him that scare him almost as much as they turn him on.

Which will David choose – the safe and secure, or the wild passions of the unknown…?

Vol. 3 - A Time for Everything: David resolves to never tell Dean about the shocking events that occurred at the Professor's party and tries his best to forget about his obsession. After finally committing himself to Dean, David believes that perhaps he is actually in love with the young man and he let’s everything else go.