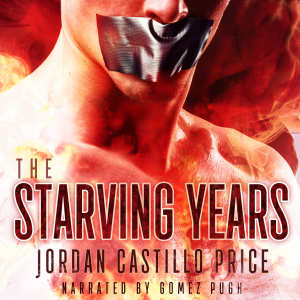 The chemistry between these three men is undeniable, but is it enough to save Manhattan?

Imagine a world without hunger.

In 1960, a superfood was invented that made starvation a thing of the past. Manna, the cheaply manufactured staple food, is now as ubiquitous as salt in the world's cupboards, pantries and larders.

Nelson Oliver knows plenty about manna. He's a food scientist–according to his diploma, that is. Lately, he's been running the register at the local video rental dive to scrape together the cash for his outrageously priced migraine medication.

In a job fair gone bad, Nelson hooks up with copywriter Javier and his computer-geek pal Tim, who whisks them away from the worst of the fiasco in his repurposed moving truck. At least, Nelson thinks those two are acquainted, but they're acting so evasive about it, he's not sure how they know each other, exactly. Javier is impervious to Nelson's flirting, and Tim's name could appear in the dictionary under the entry for "awkward." And with a riot raging through Manhattan and yet another headache coming on, it doesn't seem like Nelson will get an answer anytime soon.

One thing's for sure, the tension between the three of them is thick enough to cut with a knife...even one of those dull plastic dealies that come in the package with Mannariffic EZ-Mealz.

The Starving Years is a must-read for fans of dystopian romance looking for scorching M/M/M chemistry in a fast-paced adventure.