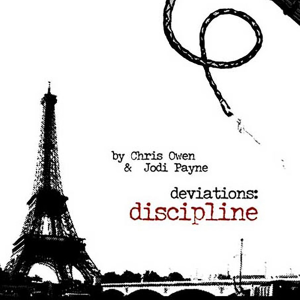 Tobias and Noah explore their relationships more deeply than they ever have, not just with their own dominance and submission, but with their friends.

As Noah helps Tobias through the loss of someone dear, he finds Tobias helping him, too, leading him through some intense sexual games, breaking down the last of Noah's fears, and helping him face his biggest one: the cage.

Meanwhile, Tobias' ex-lover, Phantom, becomes close friends with Noah as they discover and try to resist the simmering sexual tension between them. Their teasing turns to real support when Phantom reaches the breaking point thanks to the lack of a master in his life, something he desperately needs.

While Bradford works to become that master, Tobias and Noah go to Paris, where they see the sights, go to sex clubs, and renegotiate their contract. Returning from Paris to their own lives brings them all sorts of new difficulties, from deciding whether they should love together to trying to figure out just where Phantom belongs in their ever-changing relationship.

Deviations: Discipline is the third title in the popular Deviations series, which begins with Deviations: Submission and Deviations: Dominance. Chris Owen and Jodi Payne have another winner on their hands: a gripping, emotional tale you won't want to miss!