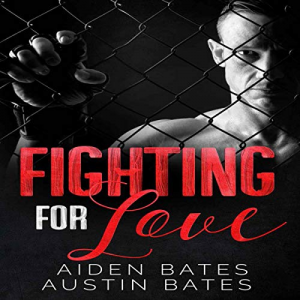 Warrior in the ring. Submissive in the bedroom. A dark threat against a promising future...and a growing new life.

He trains; he fights. MMA fighter Eric lives for each match because now there’s nothing else to live for. Though he once yearned for the steady, forever kind of love - though he craved domination - he was betrayed. Walking away from the man he would have married, Eric didn’t look back. And now his future is just as empty as his past.

The day Samuel was fired for wanting to marry the love of his life wasn’t his blackest moment - his blackest moment was the night before when Eric left him without a word. But Samuel emerged stronger and learned that to survive heartbreak he had to be true to himself. He now craves someone to share his dark desires with - a dominating self Eric never knew.

Where there are secrets, there can never be true love.

When a new client walks into Samuel’s place, he’s shocked to see that the man booking his services as a dom is Eric. Is this a cruel joke, or are they fated to be together? The only way to find out is to follow this thing to the end. Even if that means wading through blackmail, deceit, and a shocking discovery that changes their lives forever. They have no choice but to defeat their enemies and make their love work.

Eric is carrying a baby, and Samuel refuses to give them up without fighting the match of their lives.