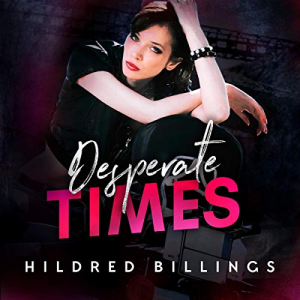 Is it possible to be so much alike that you're completely incompatible? Tess and Sidney have both committed the greatest online dating faux pas possible: uploading old pictures. When the two tough butches meet at a small town bar, they think they're getting the femmes of their dreams.

So begins the awkward - yet sordid - acquaintance of the only two lesbians in town. Local rancher Tess doesn't have time for women who aren't her type, and new-girl-in-town Sidney isn't interested in someone who only sees her as a piece of fresh meat.

Yet they keep bumping into each other...is it fate, or just small-town karma?

Desperate times are afoot in the sleepy, gossipy hamlet of rural America. It's going to take more than nerves of steel to survive the isolationism and people with nothing better to do than ruin their neighbors' lives.

It's going to take a whole lotta introspection - and love.