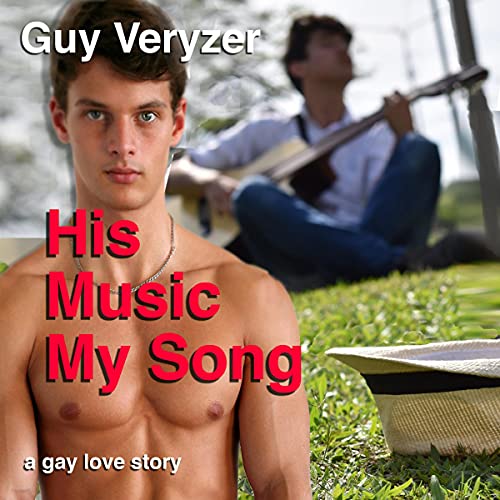 His Music, My Song

I loved his music, I loved the singer and the song. His voice was beautiful, and his song and his face and body.... When I tossed money into his hat I wanted to have it pay for a lot more than just for him to play his instrument, I wanted more than to hear his guitar or his song.... I wanted the intriguing young man to give back more than the fiery inspiration he had lit in me...my new daydreams of us making beautiful harmonies.

But of course being the shy timid geek that I am I stood some distance away by his money hat, just unobtrusively listening.

It was a sunny summer Saturday in downtown Huntington the upscale village in the Midwest. I had finished my morning shift at the library, and was strolling through the park admiring the brightly colored flocks of red and yellow tulips, when I heard a lovely sound.

After the mornings cacophony of children laughing and chattering as I read the Saturday morning story, it was delicious to hear this softly haunting melody appear suddenly like a beautiful ghost....

I was enjoying the music, the sun, his lovely face, the park, the flowers blooming, his melodies, and his nipples shadowed against the thin fabric of his shirt...and the music...and, oh gosh - his lithe body gently moving to the songs rhythm.... I was about to start worrying about me having yet another new romantic obsession over a stranger, when a familiar voice rasped in my ear, “Are you obsessing over another strange guy in the park?”

Unable to deny it to my friend and associate Nicky, I stayed silent. A few seconds later, she said, “Possession of silence is nine-tenths of guilt.”