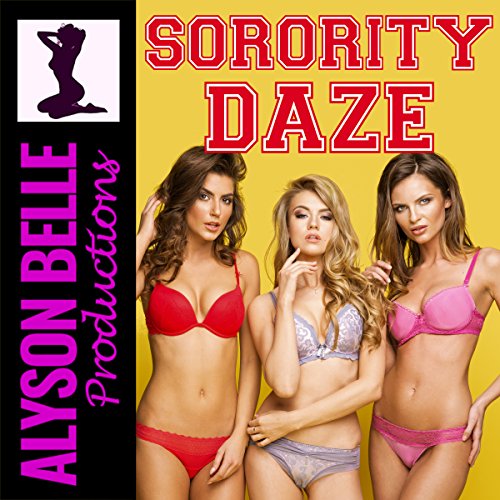 Jon Mills and his two friends Craig and Mitch are just your average college sophomore dudes: living in the dorms, freaking out over tests, and trying to get laid as often as possible (usually without much success). One evening during the annual campus Greek rush, they decide to make a late-night panty raid on the underwear drawer of the Gamma Sig Sig sorority house while the girls are all away. But before they can get away with their stolen panties, they're caught red-handed by sorority president Delilah Monroe!

Delilah decides that the boys need a little attitude adjustment when it comes to how they treat women, so she reveals the secret of Gamma Sig Sig: It's a cover for the magical order of the Gender Swap Sisterhood! She soon puts that magic to good use by turning Jon, Craig, and Mitch into Jenna, Carly, and Mia - three gorgeous coeds with super hot bods and super high sex drives. Delilah tells the new ladies that they need to get in touch with their feminine sides well enough to be invited into one of the campus sororities after rush week, and if they can't, they're going to be stuck like this for a while…maybe forever.

Two weeks isn't much time to learn to be a girl, and it's even harder when you're distracted by wanting to get it on with everyone in sight! Although at least now getting laid isn't a problem for them, provided that they don't mind being on the receiving end. Can the boys fight past the distractions and learn to be girls well enough to master sorority living, or will they just end up as another cautionary, sex-fueled tale of those who cross the Gender Swap Sisterhood?