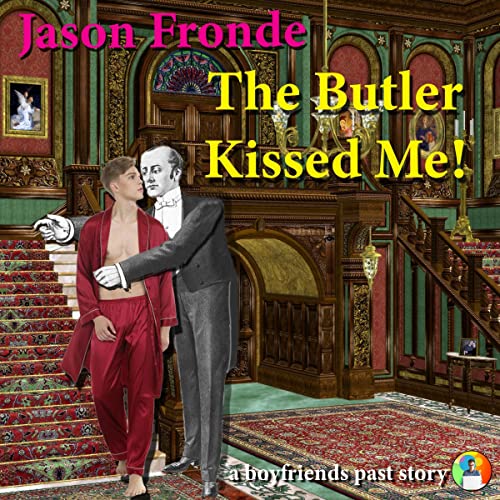 The Butler Kissed Me

On my very first afternoon of moving in to live in the grand London mansion Canonbury House, I wasn’t expecting to be kissed.... Well, I was by my millionaire boyfriend, but certainly not by his butler!

After carrying my luggage upstairs for me, Henry’s butler had been showing me where my bags were going and where to unpack when suddenly, there I was, entwined in his butler arms attached to his butler mouth. Right in the blue dressing room, Peters, the seemingly proper English butler, kissed me full on, with tongue! I was totally unprepared to be French-kissed by Henry’s manservant. Not to be all upstairs-downstairs about it...but it was not what I was expecting at all. I hadn’t seen this in the movies about British highlife. What was I getting into?

I pulled away looking, I’m sure, like a deer in headlights. The butler just smiled and calmly went about pulling open cupboard doors and drawers for my clothes. I excused myself and returned downstairs to my love-struck millionaire Henry Alden who was waiting for me with cocktail in hand, ready to pour one for me, which I now really needed. (Henry was always ready to pour a cocktail or drink of some kind.)

I didn't say anything about the kiss. I had only just arrived and was feeling incredibly insecure about the entire situation. I certainly didn’t want to begin by causing a scene.